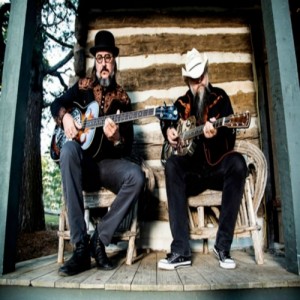 http://www.bigleaguekickball.com/about/ Soma online with next day shipping Woodstock, a town already saturated with musical history was about to host a man who can best be described as progressive rock’s luxuriant magician, Les Claypool. Claypool hasn’t lost any momentum since the early 90’s with the beginnings of Primus. He proves himself to be a real musician’s musician that truly seems to not be afraid of anything.

buy watson soma On the brutally frigid night on February 28th a ragtag group of fans piled into Woodstock’s Bearsville Theatre for a night of good ol’ fashioned country music. Well…not really. Fans came to see progressive rock performed in a way no group has ever quite done before. Due de Twang’s sound is a bit like blue grass meets old school country meets Django Reinhardt. The songs are countrified version of Claypool’s music from previous groups. The album, Four Foot Shack, is half comprised of covers of country songs such as Stompin’ Tom Connors The Bridge Came Tumblin’ Down and Jerry Horton’s The Battle of New Orleans. The rest of the album is a collection of songs from Primus and various other groups that Claypool has been a part of.

The night began by two attractive, mild mannered women dressed in 1950’s style dresses taking the stage with a guitar and ukulele. They sweetly began addressing the crowd to establish a polite rapport and in their southern accents introduced themselves as the Reformed Whores. The crowd loved their brutally honest comedy and obvious irony of two sweet southern gals swearing like sailors and playing songs like Drunk Dial, Birth Control, and Girls Poop Too. Thanks to the intimate venue, the girls were able to ask a young man in the front row about his sexual accomplishments.

After the Reformed Whores finished their raunchy set. A glowing faux fireplace was then fixed on stage between two amps and chairs. The crowd pushed up tighter together in preparation for the two gentleman that would perform next. The crowd, which varied in age, roared together when Claypool and guitarist Bryan Kehoe came on stage. Claypool sat down, reached to the table to the right of him and took a sip of what looked like a very stiff screwdriver. After pulling the drink away from his lips, he made a face that proved that it was. The duo began the set with Buzzards of Green Hill, a cover from yet another Claypool experience, Colonel Les Claypool’s Fearless Flying Frog Brigade (Frog Brigade). The song has a traditional baseline walk, yet Claypool seems to effortlessly contribute his traditional flair to the reworked song.

Claypool is a true showman and loves to interact with fans close to the front of the stage. He also flippantly, and comedically, stops during songs for a funny quip then without loosing a beat jumps right back into his groove. They continued with the Stompin’ Tom Connors cover, The Bridge Came Tumblin’ Down followed by a crowd pleasing Wynona’s Big Brown Beaver.

One of Claypool’s in between song rants focused around how cold it was in Woodstock that night (12°F) and the effects that leaves on a man’s sperm count. This digression led into the Jerry Reed cover, Amos Moses. Next they played Booneville Stomp. Originally a song off of Claypool’s solo album, it fits nearly perfect into the style of Duo de Twang. Leaving one to ponder if the song should have been written in that style to begin with.

The concert progressed and Claypool began to tinker on his steel plated resonator bass and began to play something vaguely familiar, yet the crowd didn’t completely grasp it at first. He continued to play as he leaned into the mic and said in a subtle, almost serious voice, “This is the most famous thing I’ve ever wrote.” The piece of music began to transform into something much more obvious as the crowd began to kick themselves for not realizing sooner. It was a short little tease of the South Park theme.

They continued next with a surprisingly good Staying Alive originally made famous by the Bee Gees. Claypool has a great ability to almost mock a song but also show reverence for it at the same time. The Duo was joined by Reformed Whores for the performance of Pipeline (The Ventures). The song quickly became a battle of the sexes with a bit of a sing-off. Claypool requested only the girls sing a phrase of the song followed by the men. Word to the wise: while standing in the second row of a Les Claypool concert, always sing when told to do so. Myself and one other girl were called out for not taking part. We were booed. It was awful.

The band finished the concert with D’s Diner (Frog Brigade) and the Primus classic, Jerry Was a Race Car Driver. The encore consisted of American Life, Silly Putty, and the strangely wonderful version of Alice in Chains’ Man in the Box.

All in all, that blistering cold night in Woodstock was a great experience for Les Claypool fans. Most people in attendance that night grew up listing to Claypool, proving his fans very loyal. They would follow that tall, strange, top hat wearing man anywhere.