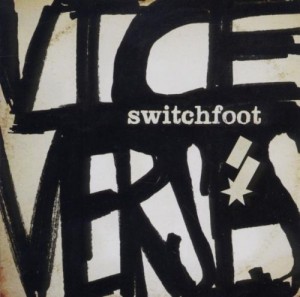 With seven quality studio albums, millions of album sales, and a Grammy win, Switchfoot has repeatedly proven to be a band worth listening to.The track all together is an impressive track, these songs all together blend so well together in this album vise verses.Every Switchfoot album is full of depth and impressive lyrical tones than compared to other bands in the music industry. The core of switchfoot album lyrics in the album are thought-provoking, and meaningful as ever. Every member of the band is truly at the top of their game on this record: from a performance standpoint Vice Verses is easily Switchfoot’s strongest effort.

The album comes full circle by the way the last song connects to the first. It runs smoothly through all the tracks making it one full piece. The song “Afterlife” is a intense rocker track describing about survival in this life. “Where I Belong” sings about hope in the next life, using lyrics from the second verse of “Afterlife” in a similar yet also very different context.The songs are melted in such a way that it works beautifully. This album is worth a listen and the listeners will fall in love with the album as i did.