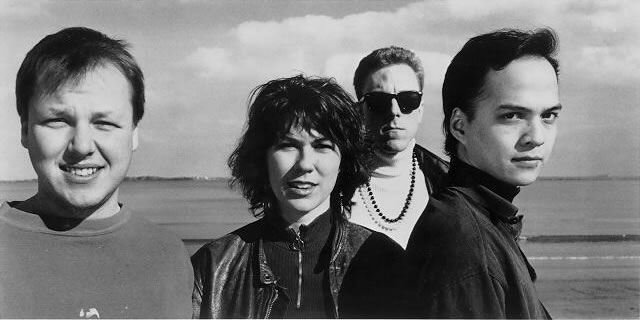 It’s a sad day for Pixies fans everywhere.  Kim Deal, who has played bass in the legendary rock band since their formation in 1986, has decided, after a couple of decades, that it’s time to quit.

The remaining members of the band have released an official (yet vague) statement about Deal’s departure:

We are sad to say that Kim Deal has decided to leave the Pixies. We are very proud to have worked with her on and off over the last 25 years. Despite her decision to move on, we will always consider her a member of the Pixies, and her place will always be here for her. We wish her all the best.

The departure sounds amicable, though a bit sad, and we’re glad to know that Deal’s welcome back to the Pixies if she ever decides to return.  The band hasn’t released any music since a song in 2004, but were active touring in 2011, leaving hope for new material, whether it be recorded or live.  There is no word of another breakup or hiatus, so we’ll be keeping an eye out to see if Deal is replaced in the near future.

Kim Deal is still active in The Breeders, an alt-rock band with her sister, Kelley.  The band is currently on tour in celebration of the 20th anniversary of Last Splash.

We’ll miss you, Kim!  We hope to see you reunited with the Pixies again one day in the future.