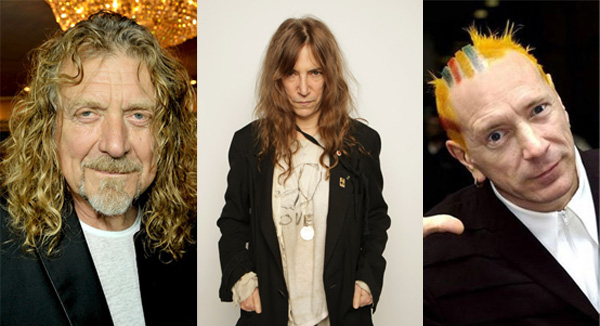 Classic rock lovers, rejoice!  Robert Plant (Led Zeppelin frontman,) Johnny Rotten (vocals for Sex Pistols,) and Patti Smith are set to appear in a new flick by director Terrence Malick!  According to Ryan Gosling, who recently spoke to Indiewire about the film, says that the movie follows two intersecting love triangles within the Austin, Texas music scene. Gosling, who excitedly gushed that “every day was unlike anything,” also gave details on the unconventional nature of Malick’s directing style:

“No, there was no script. I think he used to have to write them and now I think they’re onto the fact that he doesn’t use them anyway so they’re not requiring them.”

The film will also star Rooney Mara (“The Girl With The Dragon Tattoo,”) Haley Bennett, Christian Bale, Cate Blanchett, and Natalie Portman.  While the film does not have a definite release date at the moment, I, for one, can’t WAIT to see this star-studded celebration of all things rock.  I’m sure it’s going to be incredible, just like the artists it’s featuring!