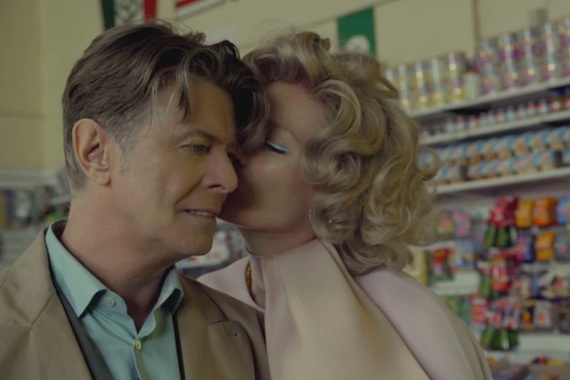 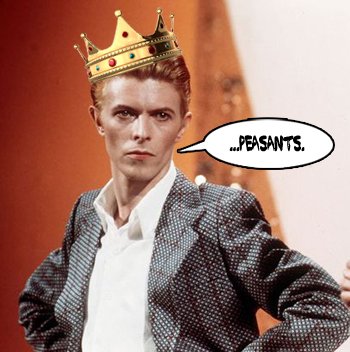 Do I have everyone’s attention? SUPER.

The one and only king of glam, David Bowie has just released the music video for the second single off his first album in over ten years, “The Next Day!”  The incredible video for “The Stars (Are Out Tonight)” features Oscar winner Tilda Swinton, offers a look into the divide between normal and celebrity in the 21st century.  What starts off as a relatively tame – if not a little trippy – everyday look at the life of Bowie and Swinton (who play husband and wife,) quickly spirals into insanity with the help of androgynous models Andrej Pejic, Saskia De Brauw, and Iselin Steiro (who plays a young Bowie.)  The psychedelic look is completed with gravity-defying camera angles and sped-up conversations courtesy of superstar director Floria Sigismondi, who has made a name for herself by directing two of Bowie’s former videos, working with greats such as Marilyn Manson and The White Stripes, and for her first feature length film, “The Runaways.”

Overall, the video is a stunning piece of cinematic beauty that is guaranteed to take you back to the days where odd, understated sophistication was the name of the game, and Bowie ruled with his tastefully balanced poetic and edgy lyrics.  Make sure to take a look below and remember to mark your calendars for March 12th, when the full album is released in the United States. 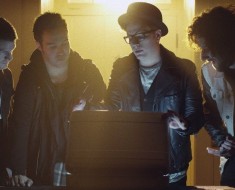 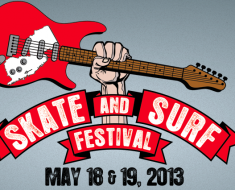