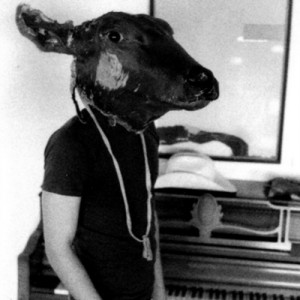 From racial oppression to Dust Bowl struggles to Bleecker Street. American Folk has been sung from the mouths of cultural commentaries, usually telling stories of sorrow and an unquenchable longing for a better life. Folk made a huge revival in the 60’s thanks to artists like Simon and Garfunkel and Joan Baez. Now English Folk seems to be firing on all cylinders because of over night successes of bands like Mumford & Sons.

So what’s next for Folk? How do we get a true to form Folk while still having something different to offer? Answer: Shakey Graves.

Shakey Graves’ album Roll the Bones is a diamond in the rough in terms of American Folk in the 2000s. Don’t be fooled, it’s real Folk- banjos, harmonicas, hand claps, and acoustic guitars that have more miles on them than your 15-year-old Wrangler. The album is, perhaps regretfully, recorded in Lo-fi. Authentic? Absolutely; but I admit, being a product of the 2000s, I crave that perfectly mastered sound. Most songs off the album can best be classified as Alternative Country, having a modern twist either lyrically or stylistically.

Out of the ten-track album shine a few brighter than others. Unlucky Skin opens the album with a pastoral banjo pattern intro that quickly picks up its pace then followed by the harmonica’s entrance. Unlucky Skin is an example of catchy music, twisted lyrics. Graves puts his best foot forward with this track creating a good foundation for the album. Not the most creative song on the bill, but one of the most traditional of the album.

Roll the Bones is where the album starts to become more interesting. The musical style is very much backwoods country but uneasy guitar bends and nasal vocals will make you feel you’ve traveled too far away from the comfort of grandma’s cabin. The song itself is fairly bleak: “yeah so struggle all you like/ yeah put up the good fight/ they say someday everybody dies alone.” Strong lyrics are essential for good Folk music. Graves proves his can be cleverly grim without being too morose.

City in a Bottle is a welcomed pit stop of the album. Here we hear Shakey really let his lungs stretch out. His boisterous singing is complemented by New Orleans style horns. The song feels as if you’re in a Deep South brothel. Graves professes: “yeah fix your boots or take me home says quick Monique the freak/ I need an easy dollar are you trick or are you treat/ well if she was six teeth younger and if I had half a mind/ I’d carry her away from that wicked thing outside.”

The rest of the album isn’t without an almost unrecognizable Springteen cover, I’m on Fire. There is also a lazy node to Moonshine in Georgia Moon. No self-respecting Texan would have it any other way. 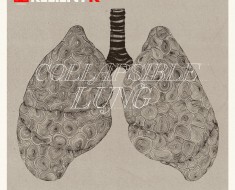