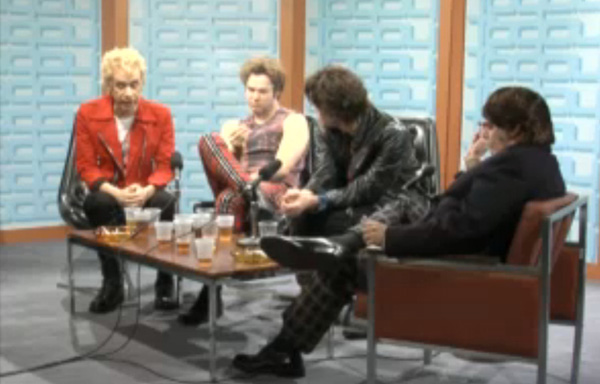 Saturday Night Live…you’ve done it again! SNL managed to completely nail a fake documentary trailer based on The Sex Pistol’s “Filth And The Fury,” and I, for one, have not been THIS blown away by a Saturday Night Live skit in a long, long time. The documentary follows a Johnny Rotten-esque punk rocker named Ian Rubbish of the band “Rubbish and the Blizzards,” who is struggling to make it in the scene because of one unexpected problem: an undying love of Margaret Thatcher.

…Didn’t see that one coming, did you?!

The hilarious take on the UK punk movement continues on to tackle the Sex Pistol’s infamous Bill Grundy interview, painstakingly replicating every aspect, down the the camera angles, facial expressions, and clothing. The only thing missing is a pre-fame, obviously bored Siouxsie Sioux in the background. That being said, SNL DID manage to get a cameo from real-life Sex Pistol Steve Jones, so I guess the absence of the Banshee is okay this time. You can check out the full clip below!