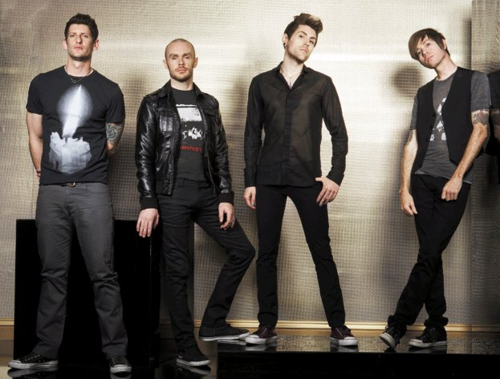 AFI’s newest released music is from their 2009 album, Crash Love.  Following this, there have been plenty of breakup and hiatus rumors to go around, but AFI are putting every doubt to rest with the cryptic new videos posted on their website.

cheap Soma overnight delivery The first video, simply entitled “AFI,” shows singer Davey Havok walking down a long hallway to find the rest of his band ready to perform, and ends with the words “A FIRE INSIDE” and “SEPTEMBER 2013.”  New album?  I would say uh, definitely (unless they are absolutely cruel and terrible people)!

buy soma cod accepted The newest video is entitled “Convergence,” and it is EERIE.  A robotic voice slowly reads out numbers (WHAT DO THEY MEAN?) while hands are shown making the number nine out of sticks in the dirt.  There are women shown either facing away from the camera or out of focus…or wrapped in a white sheet with a black void for a face, still finding a way to stare into your soul.  All of this is, of course, in black and white, adding to the whole feeling of impending doom and whatever while watching it (hold me, please).  It reminds me of the video from The Ring that kills every viewer after seven days.  I am NOT picking up the phone next time it rings.

You can watch “Convergence” below.  Do these symbols and numbers mean something, or has AFI just found a creepy new approach to viral marketing?  You tell me.