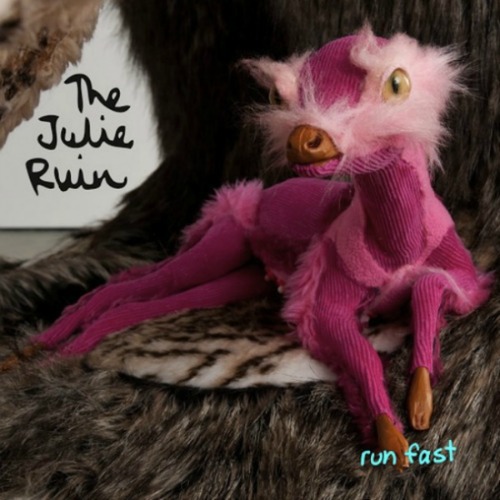 Original riot grrrl and feminist icon Kathleen Hanna is back from her nearly seven year hiatus from music with her group, The Julie Ruin, who just released their debut album, “Run Fast.” Hanna, who became the voice of a generation in the 90’s while fronting her punk group, Bikini Kill, and later her elecroclash project Le Tigre, manages to find a perfect balance between sassy and thrashy on “Run Fast,” promising to satisfy multi-genre music lovers.

The album starts off with it’s aggressive first two singles, “Oh Come On,” and “Ha Ha Ha,” before fading into the surprisingly tame, du-wop sounding “Just My Kind.” After, it jumps right into “Party City,” which is the perfect blend of and old school Bikini Kill track and a Le Tigre elecro banger. While the softer sounding tracks like “Goodbye Goodnight” are a fantastic change of pace from Hanna’s punk roots, Hanna is clearly in her element on the more aggressive tracks like “Right Home” and “South Coast Plaza.”

Hanna embraces the mixture of guitar riffs and synth throughout the entire album, but sticks to her riot grrrl roots when it comes to lyrics.   Alternating between her passive-aggressive (and many times, humorous,) take on current society and no-holds-barred opinions on womens rights, Hanna never fails to evoke both deep thought and the desire to dance while doing so.

Overall, “Run Fast” is a stellar record from a legendary artist that has been gone for far too long. Well done! 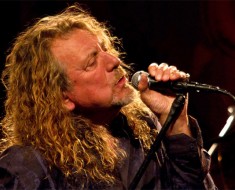