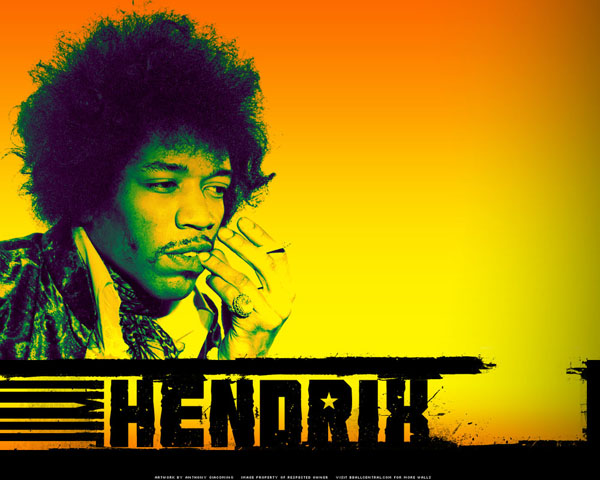 Since his rise to fame in the 1960’s, Jimi Hendrix has been widely regarded as one of, if not the most influential guitarists of all time.  A self-taught left-handed guitarist since childhood, Hendrix moved from one legendary musical act to another, performing with Ike and Tina Turner, Sam Cooke, the Isley Brothers, and Little Richard before relocating to the UK to form “The Jimi Hendrix Experience.”  He later went solo to become bigger in the United States.

Once Hendrix went solo, he experimented more and more with different sounds and levels of distortion.  The trippy results paired with Jimi’s legendary psychedelic lyrics made for some of the most unique music of the century, which Hendrix took to another level with wild performances, often burning guitars onstage and playing with his tongue.

Although Hendrix only saw mainstream success in his last four years of life before his tragic death at age 27, he managed to perform at the Monterey Pop Festival, headline Woodstock 1969 and the 1970 Isle of Wight Festival, AND open his own recording space, Electric Lady Studios in New York City.  To this day, over 40 years after his death, Jimi continues to be known as the godfather of guitar and the inspiration for countless great musicians, and will undoubtedly continue to inspire generation after generation of guitar lovers.  You can check out an incredible performance from Woodstock of one of Hendrix’s greatest hits, “Purple Haze,” below.