Kelly Rowland is back after having quite a successful 2012 with one of her biggest hit songs to date “Motivation”.  After going double platinum last year Rowland looks to continue this success with her new album Soma SHIPPED BY CASH ON DELIVERY ~ ONLINE US Soma Talk A Good Game.

Her first single “Kisses Down Low” didn’t have too much success and in my opinion I felt that the release of that single was just an attempt at continuing the success of “Motivation” a sexy sultry song in just different wording.  Once you get past that first single the rest of the album is really a solid release. There aren’t many artist out today that release just an R&B album and that’s where http://www.bigleaguekickball.com/about/ Soma online with next day shipping Talk A Good Game comes in.

Rowland opens up the album with “Freak” a futuristic sound that really works well here. Yes it is another song about sex which is what Kelly Rowland is known for but this time around it has a much different approach to it.

Another song that had many people buzzing is the track that brought Destiny’s Child back together on Kelly’s album and that is “You’ve Changed”. This time around this is a Kelly Rowland track with Beyonce and Michelle as features so no longer does Kelly have to be in their shadows. It is a solid R&B track that may not live up to the hype of a Destiny’s Child reunion but it still a good song.

One of the best songs on the album is the controversial “Dirty Laundry”. Here Kelly pours everything out going from singing about being in Beyonce’s shadow to being abused by an ex-boyfriend. This is honestly one of the most honest tracks I have ever heard because where else are you going to hear someone coming out and singing about being in a former band mates shadow or being abused by an ex. This is set to be her second single with a video set to be released soon which is perfect because not only is it a good song but I’m sure people will be buzzing about it thinking there is drama between Kelly and Beyonce.

The other song that I consider to be a standout of this album is “Gone” featuring Wiz Khalifa. This song is very different from anything else the album has to offer. It is a perfect mix of R&B and a bit of Pop. Wiz comes in with the guest rap that just adds more layers to the song. In my opinion, this song should be the single after “Dirty Laundry” especially after she performed the song on Jimmy Fallon.

Unfortunately a few of the songs on this record do seem to be just fillers but overall it is a pretty good album with a few standout tracks mainly the ones I mentioned. It deserves a listen even though some songs could easily be skipped.

Check out her new single “Dirty Laundry” and her performing “Gone” with Wiz Khalifa live on Jimmy Fallon:

Also here is the entire album “Talk A Good Game” 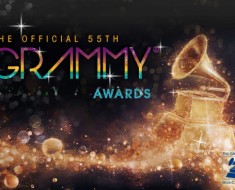 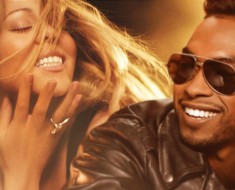