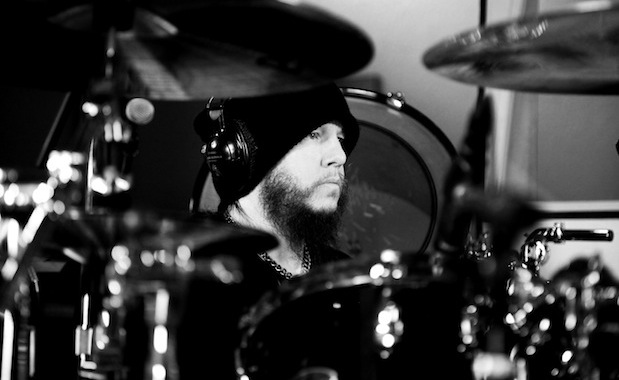 Today marks the first day of summer, so it’s best to use this entire season to prepare yourself for Joey Jordison’s (Slipknot) new project in the fall.  It’s called Scar the Martyr, and the band’s debut album, produced by Rhys Fulber, will be coming out on Roadrunner Records later this year.  Oh, and the album credits are SICK.

Scar the Martyr will feature Jordison’s drumming and bass playing on every song, as well as rhythm guitar work on all tracks but two.  He also wrote all of the songs, along with lead vocalist Henry Derek.  Everyone else?  How about Chris Vrenna of Nine Inch Nails on keys, along with Jed Simon of Strapping Young Lad and Kris Norris of Darkest Hour contributing their lead guitar virtuosity.  Now THAT is an impressive lineup.  The record itself will be pure rock, featuring “elements of post-punk and industrial music.”  Jordison expressed his confidence in his new style of songwriting:

With this project, I focused my efforts on writing for the better of the song…I wasn’t worried about flash or persona… It’s all about writing a good solid song. I’m writing music that people can grasp and hold on to…something that resonates. If you don’t have that, then you have nothing.

Amen!  The album was recorded at Sound Farm Studios in Des Moines, IA, and is yet to be titled.  Is it too soon to name it F**KIN AWESOME?