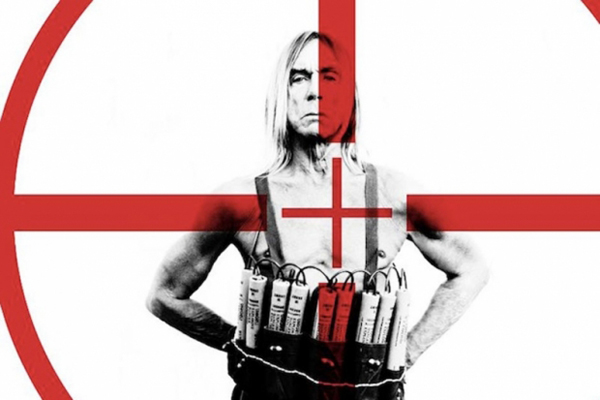 Iggy and the Stooges are back and better than ever in their just-released new album, “Ready To Die!”  The band’s first album since 2007’s “The Weirdness,” The Stooges gave everyone exactly what they didn’t know they needed, on “Ready To Die” – good, hard, fast, old fashioned rock and roll.  “Ready To Die” is a clear example of the dirty, in-your-face sound that Iggy Pop made a name for himself with, proving that he is, indeed, still a complete badass at 66 years old.

Iggy and the Stooges kick out the jams right from the albums’ first aggressive track, “Burn,” which is reminiscent of 1973’s “Raw Power,” partially thanks to the return of guitarist James Williamson, who took over after the unexpected death of Ron Asheton in 2009.  The riff-tastic intro will have you chomping at the bit to hear Iggy’s signature gravelly vocals, and he does not disappoint, with “Burn” transitioning seamlessly into “Sex And Money,” a surf-music sounding party track that begs to be blasted from a convertible while cruising down the California coast.

Other noteworthy tracks off the record are the mexicali-blues-inspired “Unfriendly World,” which highlights Iggy’s vocals perfectly, making him sound like a glorious mixture of ZZ Top with a hint of Marilyn Manson, along with the title track, “Ready To Die” which manages to encompass all of the Stooges separate strengths in one fantastic hard-hitting anthem.

Overall, “Ready To Die” is a truly stunning example of some of the Stooges best work yet, and I HIGHLY recommend it to any and all rock ‘n’ roll lovers everywhere.  Rock on, Iggy!