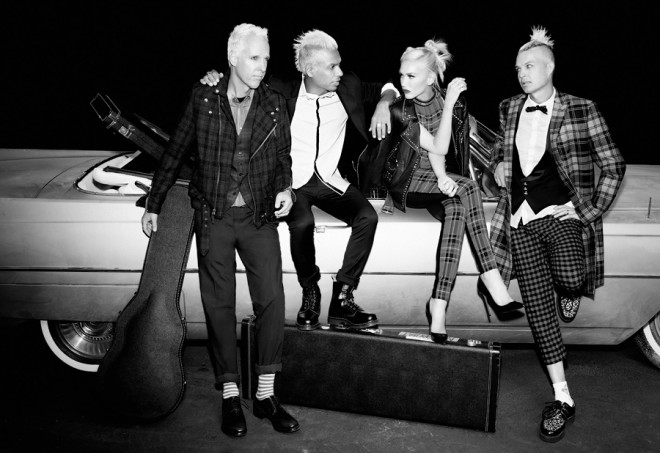 No Doubt spent three years recording their 2012 album, Push and Shove, and there’s a decent chance you didn’t even know it was out.  The singles didn’t climb very high on the charts, and the band’s music video for “Looking Hot” was pulled from the web.  The album is only a few months old,  but No Doubt isn’t wasting any time beginning their next studio effort:

While we were traveling the world last year promoting ‘Push And Shove’, Gwen mentioned she was inspired to write new music. In December, around the time of our hometown shows, we discussed the idea of starting 2013 by getting back into the studio together. We did so in January and the new music started flowing with unexpected ease. After spending three years recording the last album, this new pace feels incredibly exciting.

Not having to wait years for comeback album #2 is definitely a good thing…if you’re not too disappointed that the band had to postpone all tour dates in order to do so.

Don’t speak, I know what you’re thinking – And don’t worry!  They stated that they’re looking to put new music out and get back on the road “as quickly as possible,” and with this new pace, it doesn’t seem like any “pushing and shoving” will be necessary.