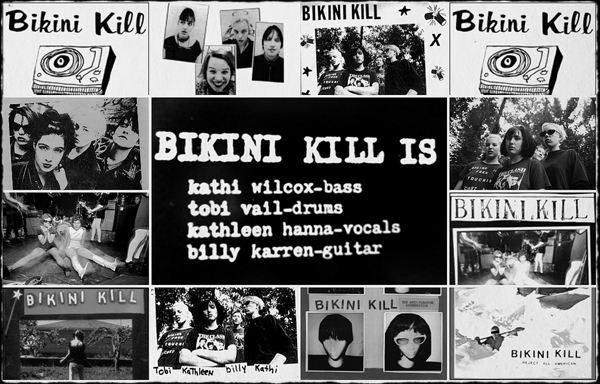 What better way to celebrate this special Valentine’s Day Edition of Throwback Thursday than with some strong, independent, riot grrrl music?!

Bikini Kill, consisting of Kathleen Hanna (vocals,) Tobi Vail (drums,) Kathi Wilcox (bass,) and Billy Karren (guitar,) the band is widely considered to be the pioneers of the Riot Grrrl movement, and made a name for themselves throughout the years with their abrasive, no-nonsense lyrics and aggressive stage performances.  Formed in Olympia, Washington, the members got together by starting a fan zine focusing around feminist ideals and eventually began writing songs with the same subject matter.

Once Bikini Kill began touring, they made a name for themselves by becoming the go-to show for the greater Olympia area, and encouraged the women in the audience to storm the front of the stage, declaring, “GIRLS TO THE FRONT!” where they handed out lyric sheets.  After releasing a demo tape, “Revolution Girl Style Now!” the band signed to independent label “Kill Rock Stars,” and released an EP.  Bikini Kill’s debut album, “Pussy Whipped,” was released in September of 1993, and began to tour worldwide, gaining even more attention to the movement.  Upon returning to the states, the band began working with superstars of the day such as Nirvana, Joan Jett, Fugazi, and Minor Threat, and released their final album, “Reject All-American” in 1997.

After disbanding, Tobi Vail went on to form The Frumpies with Wicox, Karren, and Molly Neuman of Bratmobile, before finally settling on working with The Old Haunts.  Kathi Wilcox now records with the Casual Dots, while Karren performs with Ghost Mom.  Hanna released a solo album under the name Julie Ruin before joining political new wave band Le Tigre.

Since their formation, Bikini Kill has been the source of inspiration for countless music lovers everywhere, and I have no doubt that they will continue to have an impact for years and years to come.  Make sure to check out Bikini Kill’s song, “Rebel Girl,” below! 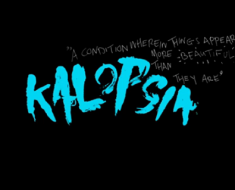