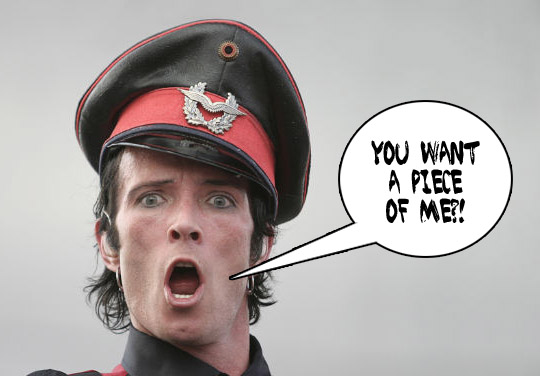 And the maturity award of the year goes to Scott Weiland!

During a solo concert in New York City’s Irving Plaza, Scott Weiland took a break from preforming with his band, The Wildabouts, to confront a fan by throwing a temper tantrum and challenging him to a fight.  He started yelling:

“So you’re fucking pulling that fucking, like, gun shit off on me? Then come up and meet me one on one, man. You play a tough guy from an audience behind a barricade. I’d love to. Yeah, that guy, trust me. I just don’t get it. Guys like you fucking waste your money.”

After the verbal tirade, Weiland turned to security, telling them:

“Actually, let him stay here and just get all fucking riled up. He won’t be able to sleep tonight.”

…I’m sure he’s just TERRIFIED.  You can take a look at the “fight” below, but I can basically sum it up for you right here: