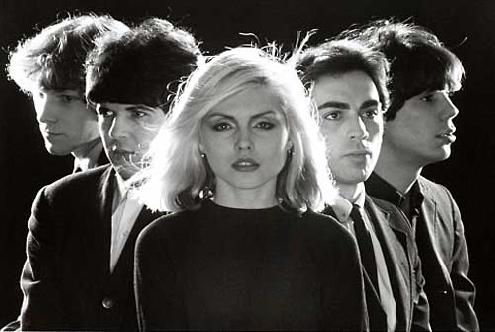 Formed in 1974, Blondie clawed its way out of the early punk scene to help create a new genre of music – new wave.  Blondie consisted of members Debbie Harry (vocals,) Clem Burke (drums,) Chris Stein (guitar,) Gary Valentine (bass,) and Jimmy Destri (keyboard,) and became climbing their way to stardom in mid-1975 when they became regulars at punk hub CBGBs.  Originally billed as “Angel and the Snakes,” the band settled on the name that bombshell lead singer Debbie Harry was constantly catcalled by construction workers in New York City: Blondie.

After releasing their debut self-titled album in December of 1976 to little commercial success, Blondie decided to re-release “Blondie” after signing with Chrysalis Records in 1977.  The re-release caught the attention of Rolling Stone reviewers, who compared the band’s sound to that of The Who and Phil Spector.  The Rolling Stone review had curious readers desperate for more, shooting Blondie to superstardom in 1978 with their hugely commercially successful album, titled, “Parallel Lines.”  Tunes like the disco-infused “Heart Of Glass,” the aggressive “One Way Or Another,” and the Grammy-nominated “Call Me,” captured the worlds attention by perfecting the delicate balance of punk and soft sounds.  After having such success with “Parallel Lines,” Blondie experimented with rap on “Rapture,” and reggae on “The Tide Is High,” effectively solidifying their place as legends in multiple genres.

Despite numerous breakups and makeups, Blondie still manages to keep in the public eye by touring every now and then.  The last full-fledged Blondie tour was in 2008, in celebration of the 30th anniversary of “Parellel Lines,” after numerous appearances at concerts and festivals throughout the 90’s.  Touring or not, Blondie will always inspire others with their charismatic performances and hypnotic stage presence for years to come. 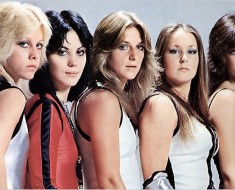