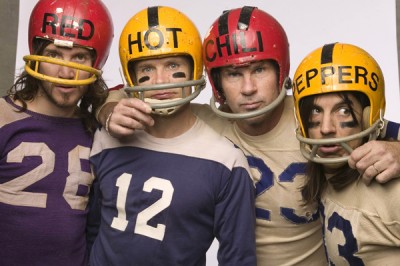 UNSPECIFIED – UNDATED: In this handout image made available on March 1, 2007 by MTV, members of the band Red Hot Chilli Peppers poses for a portrait shoot. Red Hot Chilli Peppers were announced as one of the nominees for the MTV Australia Video Music Awards 2007, which take place in Sydney on April 29 at the Acer Arena. (Handout Photo by MTV/Getty Images)